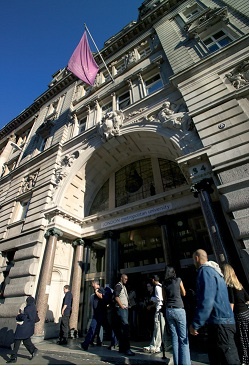 Education fit out specialist Vivid Interiors was recently appointed to carry out London Metropolitan University's Cross Campus refurbishment, and contracted Winters Electrical Services to complete the Electrical Services refurbishment.
Four separate buildings was refurbished over various campus locations: Tower Complex and Learning Centre both at Holloway Road, Central House at Whitechapel and the Moorgate campus.
The work was carried out whilst the University was operational and therefore was programmed to prevent disruption to University events and summer school activities. The Tower Complex and Moorgate projects were carried out ready for the main academic year which started in September 2010, whilst Central House and the Learning Centre continued through to March 2011.
Winters carried out a detailed inspection and survey of the contract area existing electrical installation to verify its layout and suitability for the proposed design changes.
The electrical refurbishment works consisted of the following; new distribution, electrical lighting, small power, emergency lighting, Data containment and fire alarm installation by Winters Fire Services.